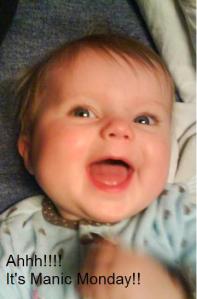 So, this may be oddly titled, but here is the weird thing…. Can pregnancy reverse, or perhaps, repair some of those missing or defunct synapses in the brain that was causing mental illness in the first place? I would like to know. I have looked and looked for studies that may explain how a person who had mental illness could be doing so well on minimal medications after pregnancy?!

The enlarged areas of the brain that have been found with those that have bipolar disorder, may effect different functions of memory, cognitive function, as well as stimulating creative thinking and artistry. I am curious if my brain structures have changed with having been pregnant compared to where I was at before. This research is really interesting to me.

I am by no means, healed. But I am, however, doing really well. I feel good, but not manic. I still have some hypomanic episodes and still fluctuate throughout the day, but the highs and lows are minimal… they aren’t as high or low. I feel tired and a little depressed at times, but this is minimal compared to where I have been.  So, why is this? How can this be? I have no clue other than I am content with just being me and not so anxious that I am going to screw up at work, or be faced with some huge life altering decision. Just happy with myself as I am.

So, while I wanted to share information on pregnancy possibly curing mental illness, all I could find was more information on bipolar disorder and brain structure. I was also hoping to find the PBS special that spoke specifically about the brain and bipolar disorder. The film discussed the enlarged portions of the brain and how that could contribute to the expanded creativity, artistry of individuals with bipolar disorder. Unfortunately, I didn’t find that one either. If any of you do, please let me know. Otherwise, I hope you enjoy!!

History of the Scientific View on Bipolar Disorder as a Disease: http://www.pendulum.org/disease.htm This article is more focused on the new findings that individuals with certain mental illnesses (bipolar disorder, schizophrenia) have brains that show or exhibit similar functioning or issues as those who have had traumatic brain injuries.

http://www.infobarrel.com/My_Brain_Needs_Drugs – I thought this was funny, but was wondering if he was referring to the same PBS flick that I did… but nope. Still out of luck. Wanted to share anyways.

This site uses Akismet to reduce spam. Learn how your comment data is processed.